Chattering away inside the heads of most human beings is an internal monologue that goes on and on at about 45,000 words per day. A common term for this ongoing monologue is “self- talk.” Self-talk consists of a variety of voices-the worrier, the ruminator, the cheerleader, the taskmaster and a whole gallery of others, some nagging and mean, and a few, uplifting and cheery. Sadly, for many people, chief among this cast of characters is what has been described as the Inner Critic.

The Inner Critic’s voice may be loud or hushed, shrill or whiny. Its primary characteristic, however, is the negative quality of its messages. You’re not good enough! Who do you think you are? You can’t do that. And the name-calling: you’re stupid, you’re lazy, you”re dumb-and on and on, in a litany of criticism and judgments that can cause shame, anxiety, depression and even exhaustion. If we heard someone else talking to another person the way our Inner Critic talks to us, we might be tempted to intervene. Self- talk can be exhausting. Chemically dependent people are often persons who attempt to quiet the self -talk through the use of mood altering chemicals. 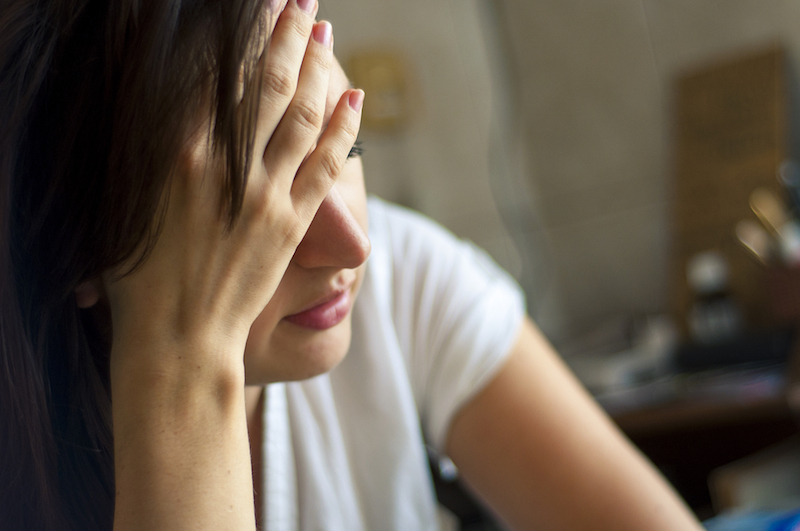 The Inner Critic never lets a mistake go by and like the celebrated elephant, it never forgets. With never ending commentary, the Critic has an opinion about everything we do, think, feel and say.

While part of what we say to ourselves could be considered an echo of what we heard while growing up, more often than not, the Inner Critic’s voice began as our own early attempts to help us avoid rejection and shame by criticizing and correcting behavior before others could reject or criticize us. By adult hood, self- talk has become like background noise that’s present, but we aren’t consciously of where of what we hearing. It’s almost like blah, blah.

Hal and Sidra Stone, co-authors of Embracing Your Inner Critic, compare the constant voice in one’s head to an internal radio station that broadcasts a running monologue of self-critical statements.

The Inner Critic is the self- talk that can cause a person to constantly believe they are being judged and drives one to achieve perfection. It is the compulsive comparer that constantly judges and measures us against our friends and coworkers, images in magazines, on television and in movies, and even ancillary workers in our building. The Inner Critic also is the collector of negative comments about us by others. the Inner Critic is not only repeatedly thinking about events from our past, it also becomes preoccupied with something which cause one to ruminate about the message. The Inner Critic is a flawless editor-marking out any complements and holding onto only the criticisms which it reiterates in a “see, I told you so,” voice.

The voice of the Inner Critic didn’t spring up overnight. Like weeds in a garden, it’s been growing in the subconscious for a long period of time and its roots go deep. While there is no quick fix for silencing this voice, it is possible to retrain it to serve us in healthy ways. That is the purpose of CBT and DBT we use at Awakening.

The following section contains cognitive suggestions for taming the Inner Critic and retrofitting it to become an ally:

How to Quiet the Inner Critic and make More User Friendly

We may never eliminate the Inner Critic, but we can learn how to minimize the negativity and make our self- talk our ally, even our protector.

Here are some strategies:

Become aware of the voice of the Inner Critic. Often negative self- talk has become so much a part of the ongoing noises in our mind, we don’t even hear it. Learn to pay attention to the things you say to yourself and put these messages in your journal.

Identify the voice of the Inner Critic. Who does it sound most like? Your parent, grandparent, or an early teacher? A little bit of all of them? Tracing back some of the messages and self -talk the Inner Critic utilizes and magnifies will allow one to depersonalize the voice and help you understand that the self- talk in your head may not be truly you.

Notice when your Critic attacks come. Is the voice stronger at night or in the day? When you perform a certain task or engage in a particular activity? Do you hear more criticisms and comparisons when you with certain people? When you identify these Critical times, you’ll be able to journal and manage your Critic more effectively.

Examine the evidence. When the Inner Critic says, “you never do anything right,” challenge it by making a list of things you do right. Be specific. Don’t be modest. Let your list be as long as it wants.

List your assets. Make a list of you good traits. Put down everything you like about yourself that is good. The entries don’t have to be exaggerated; list simple things: “I care for my family; I’m loving and giving.” Your friends may have suggestions.

Change negative messages to affirming messages. In your journal, write the messages you have been hearing from your Inner Critic. Turn them around. If your Critic says “you’ll never amount to anything,” write “I am successful on a daily basis.” Make a list of these negative to positive messages in your journal. Affirmations work!